When D-Bug Waterproofing arrived at the Noel household in Grapeville, PA, the obstacles to providing a dry basement were immediately apparent: 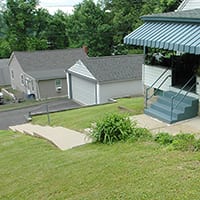 The home sits near the top of a typically steep Western Pennsylvania hill, with a yard grading that would make putting heavy equipment into place difficult. 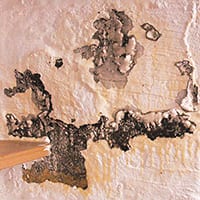 After the hard winter of 2017, with its severe and repeated freeze/thaw cycles, the home’s basement had both water issues and foundation damage. The concrete block walls built into the hillside had been bowed for some time, but now there were cracks, efflorescence, and chipping paint. 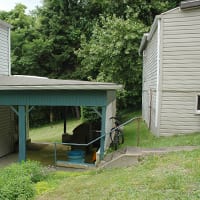 Built in the 1940s, before modern zoning and construction codes, the house is too close to its uphill neighbors, making exterior work between the homes almost impossible.

After an initial evaluation, it was decided that both the water and foundation damage issues would have to be addressed mainly from within the basement. Steel structural beams and wall anchors were chosen to reinforce the foundation while an interior French drain (basement perimeter drain) and sump pump would be installed to deal with the water problem.

Most interior French Drains involve the installation of a Sump Pump to collect water entering the basement through the perimeter drain and remove it from the basement. Learn more by reading our Sump Pump page and our article on Sump Pump Installation, Inspection, and Repair. 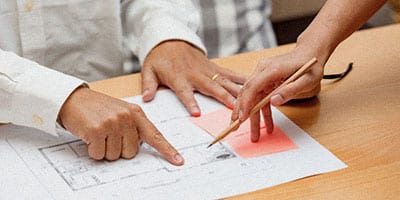 A sketch was drawn up showing where steel reinforcements would be placed, the extent and path of the interior drainage system, and where the homeowner wanted new, finished walls to be installed. 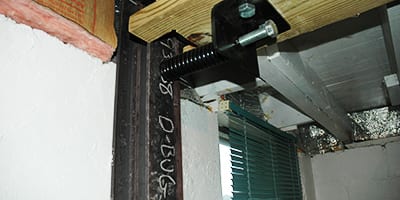 Before the scheduled day, however, the responsibility of the home owners was to move any furniture or stored items away from the walls needing work, leaving a 5-6 foot clearance for the work crews. Like many homeowners, the Noels had more than enough boxes of household records, holiday ornaments, and more to warrant the use of temporary off-site storage.

Once the basement waterproofing project was estimated and approved, it was time for D-Bug to get to work.

D-Bug Owner Nick Morrison Jr. warned the family that “you shouldn’t be scared when a lot of our guys show up. It will look like a small army on the first day of installation.”

What may have seemed an unusual warning from a contractor was nevertheless true. However, a few days before the D-Bug army showed up, some preparation work was needed.

It will look like a small army on the first day of installation.

An old work bench had been anchored to one basement wall, and in a room under the back porch, built-in wooden shelves prevented access to one of the worst sources of leaking water, leading to concerns of hidden mold.

Both the work bench and the shelves had to be removed to allow access to sections of the damaged walls and to provide a clear path for putting in the interior drainage system. For the Noels, the work started on good footing when care was taken to do the work neatly and haul the debris away in a timely fashion.

The next day, the promised army arrived.

To make quick work of the most demanding part of the job, D-Bug Waterproofing dispatched 5 trucks and a crew of 15. With them came steel beams, bags of quick hardening cement, many yards of French drain pipe, gravel, and all the gear needed to tackle the job head on.

The D-Bug crew first setup a corridor of plastic sheeting and laid down covering to protect the rugs in the basement. They were careful to set up barriers to keep the dust that would be generated from getting into the rest of the house.

The foreman organized his crew into teams and they quickly went to work, with up to 3 jackhammers in use at once, digging a perimeter trench along 3 of the basement’s 4 walls.

As the perimeter trench expanded across the basement, from time-to-time heavy steel beams were brought in, bolted upright to the basement joists and footed in the drain’s trench.

Drainage pipe was laid and covered with gravel, the whole system graded to allow water to flow from one side of the basement to the other and into the sump pump, which was also being installed at the same time.

While all this was going on, a small outside crew dug anchor points by hand on the one side of the house where sufficient clearance was available to allow for wall anchors and cables to be used in stabilizing cracked walls. (They even reseeded the grass in the area affected.)

The D-Bug crew worked quickly and neatly, carrying debris out of the basement by the bucketful as the trenches were dug.

Taking a cue from the unofficial Marine slogan to “improvise, adapt, and overcome,” the D-Bug crew let nothing stand in the way of completing their job efficiently and on-time.

Among their first challenges was the layout of the Noel basement. The drainage trench had to connect across three rooms, making its way under 3 walls and cutting dangerously close to the home’s interior drain and sewer pipes.

On the side of the house where the chimney foundation supported the chimney, it was necessary to bring the trench along an interior wall, through a doorway, and around the chimney footer before it could connect with the sump pump.

The entire length of the interior perimeter trench was dug with surgical precision, causing no damage to walls, door frames, drains, electrical, lighting, or the home’s furnace.

With the French drain established, holes were drilled in the base of each concrete block to release water build up and aluminum molding put in place to assure that any water entering the walls would be deflected into the new drainage system. 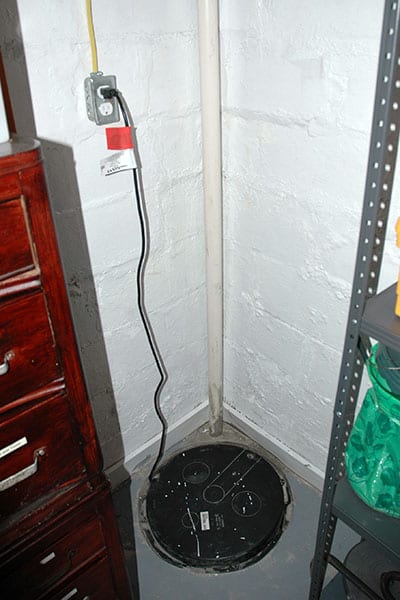 No Water When You Need It

The biggest problem of the day, and one unexpected for a wet basement, was that a waterline somewhere in the neighborhood had the bad fortune to break that same afternoon, cutting off water to the house at the exact time it was needed to mix cement for sealing the drainage trench.

For many contractors, that might have ended the day,
but not for D-Bug.

Without hesitation the crew gathered up the buckets they had been using to haul debris from the basement, piled them in the back of a truck and drove off in search of water.

Luckily, they didn’t need to chase down the nearest stream. Near the waterline break itself a fire hydrant was being bled to release pressure and the D-Bug team was able to fill their buckets to the brim before returning to the top of the hill and their interrupted mission – mixing the cement needed to finish off the project for the day.

With the heavy lifting done, all the main problems of the Noel family’s basement had been taken care of.

Cracked, bowed, and leaning walls on 3 sides of the basement had been reinforced with steel beams and, where possible, wall anchors installed that can be tightened over time to further straighten the foundation walls. An interior perimeter French drain had been dug across the entire basement, with a new sump pump installed in the room under the front porch.

One great feature of D-bug’s waterproofing is that they offer comprehensive services.
They can refinish your basement as well as waterproof it.

In this case, while extensive refinishing was not needed, putting up some new sections of wall along the most damaged interior length would go a long way toward making the basement a more pleasant and welcoming space.

With the D-Bug army no longer needed, over the next few days a smaller team came to clean up and start the wall refinishing project.

D-Bug began by putting a plastic moisture barrier against the old efflorescing concrete block, then they installed studs, added moisture-proof insulation and put up walls of moisture and mold resistant blue board. 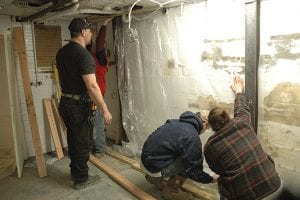 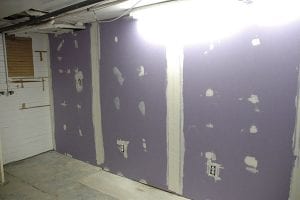 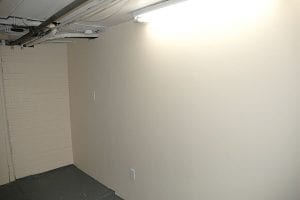 Over the next day or so they finished the drywall and primed it for painting by the homeowner. The crew was able to wire the wall for electrical outlets and took care to make existing lighting work with the new wall. No additional contractors were needed.

Putting the Basement to Better Use

With the waterproofing project complete and the new walls giving the space a more livable feel than ever before, the homeowners added their own touches in re-painting and rearranging furniture, shelving, bookcases, and the like to create a welcoming a little study in one section of the basement and a more efficient storage room in another. 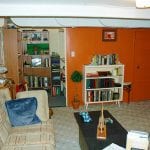 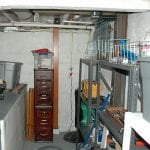 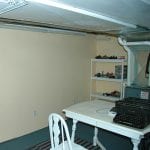 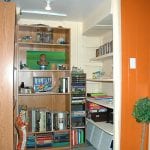 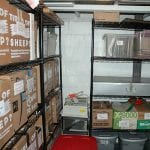 Best of all, the work is guaranteed and transferable to the next homeowner through D-Bug's maintenance program which extends the manufacturer's two-year parts warranty and labor cost for as long as you're subscribed to the program. In the pictures accompanying this article, you can see the progress on the Noel basement from start to finish.

See what D-Bug Waterproofing can do for your basement!

Get a FREE Quote!